Why are there bees in front of these hives? 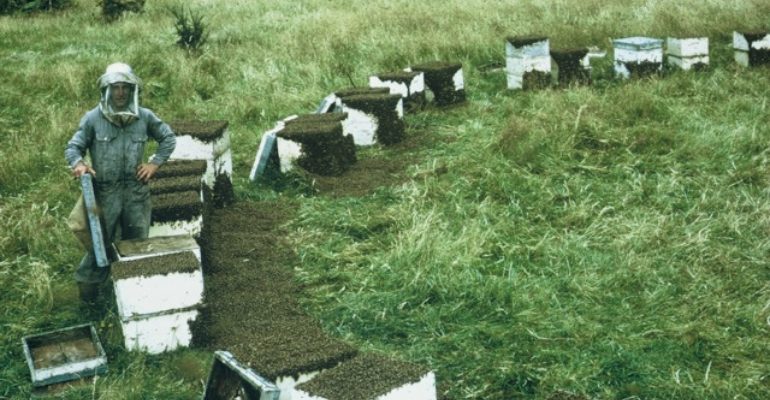 The picture below has seemingly caused some discussion in a beekeeping forum so some description here to clarify.

The picture shows VERY strong, 2 queen hives, having just had their supers removed and the bees blown out of the supers and in front of the hive entrances for the bees to crawl back in.

They had produced an average of  200 lbs per hive.  They were then moved west of the Southern Alps to produce another 200 lbs from Southern Rata.  The hives are arranged in a circle with their entrances facing toward the centre of the circle – this arrangement is the best way, bar none,  to prevent drifting. The picture was taken in New Zealand South Island c. 1972.

← Back to blog index

We'll be online this year for the National Honey Show's virtual trade exhibition. Pease do take a look at our video below.

KBS at the National Honey Show