Please be advised that KBS will not be selling queens in 2016/17. 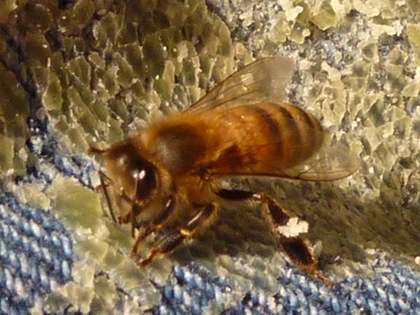 Only available in a limited number of 5 frame nuclei each year. Langstroth only nuclei - not available on any other frames.

Our bees are hard working honey producers and, although they do have stings, we believe them to be among the calmest and best tempered to be found in the UK. Not given to excessive swarming or propolizing, remaining quietly on the comb during manipulations, make them a good choice for all beekeepers.

They are sufficiently hardy to withstand tough winters but, like all livestock, will benefit from exposure to winter sun and shelter from northerly and easterly winds. They are willing comb builders, and this characteristic will help control comb carried disease, especially if made full use of by regular replacement of old combs in spring with sheets of KBS foundation. Although colonies headed by our queens can winter well in a single brood box amply provisioned with stores, they will need more than a single British Standard brood box during spring & summer. 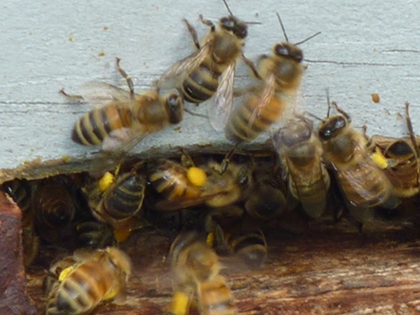 These queens come directly from New Zealand. They are light coloured, prolific and predominantly very gentle.

We find they usually maintain this quietness in the first cross with black, mongrel drones. This quietness and a general disinclination to swarm, make them a good bee for urban beekeeping & demonstration colonies, where frequent disturbance could cause many strains to become exceedingly bad tempered.

For those also interested in raising queens, these bees also make superb cell raising colonies, readily accepting & caring for grafted larvae or transferred queen cells. It is perhaps counter-intuitive, but the colonies which happily accept and care for grafted cells are usually those which show the least inclination to swarm. A single B.S. brood body will not accommodate these bees & they will need more winter stores than some dark strains.

These Carniolan Queens are usually crossed with Italian drones and have proved to be suitable for all areas of the U.K. These Carniolans are more inclined to swarm than Italians but much less so than Pure Carnica. They tend to pack out the brood nest with honey late in the season and often will winter in one brood box

Controlling varroa need not mean using the chemicals you would rather not be pumping into your hives or all over your bees.

There are a plethora of books on the subject of beekeeping. Many people ask what they should read on taking-up beekeeping.